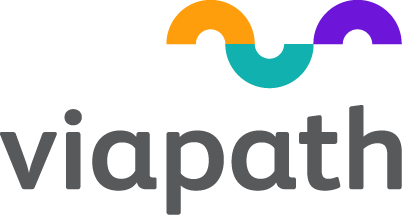 Dominic Harrington, scientific director at Viapath has won a major UK award in the Advancing Healthcare awards programme for allied health professionals and healthcare scientsts. He was recognised for his achivement in creating the Innovation Academy to share developments among Healthcare Scientists and the wider community.

Viapath is a partnership between Guy’s and St Thomas’s NHS Foundation Trust, King’s College NHS Foundation Trust, Serco and Bedford Hospital and its Innovation Academy offers a supportive environment for Healthcare Scientists to share developments. The Viapath Innovation Fund gives Healthcare Scientists grants of up to £10,000 for seed funding for an idea.  The Future Leaders innovation group which helps give ambitious scientists the tools they need, such as leadership and reflective learning to make things happen. 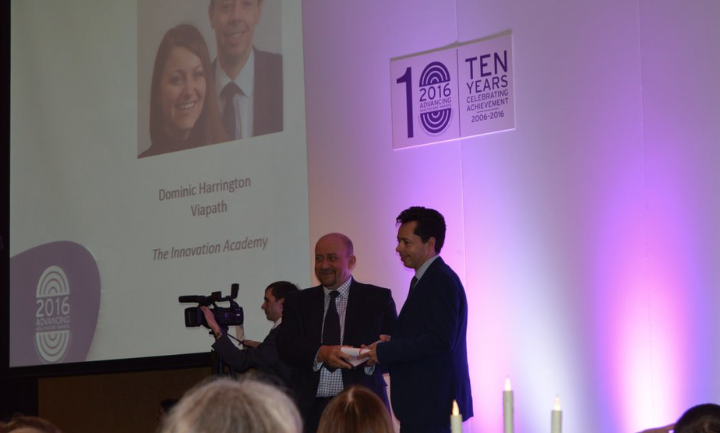 The Viapath scientific learning and development fund helps scientists invest in their own development and the twice yearly innovation academy symposium attracts national and international speakers.  The judges thought this was a brilliant development.

Dominic won the Academy for Healthcare Science award for innovation, which was presented by the Academy’s John Stevens.

The awards, for allied health professionals, Healthcare Scientists and those who work with them in support roles, were hosted by Vivienne Parry OBE, writer and broadcaster, at the celebration lunch on Friday 15 April at the Millennium Gloucester Hotel in London. The awards, now in their tenth year, are organised by Chamberlain Dunn.

The Advancing Healthcare awards are supported by NHS England, Public Health England, Unite the Union, the Scottish Government, the Welsh Government, the Department of Health, Social Services and Public Safety Northern Ireland, the Academy for Healthcare Science, the Institute of Physics and Engineering in Medicine, Macmillan Cancer Support, the Society of Radiographers, British and Irish Orthoptic Society, Chamberlain Dunn Learning, and Pulse.