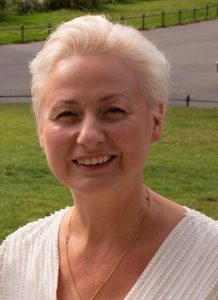 THE first woman to become President Elect of IPEM has been appointed to the role.

Dr Anna Barnes, an IPEM Fellow, will become the Institute’s first female President next year, after her appointment as President Elect was confirmed at the Annual General Meeting.

Dr Barnes said: ‘My aim is not to be the first and only female President this decade and I feel really privileged to take on this role at this exciting time for IPEM. I’m really looking forward to my presidency and to pushing forward on important matters like equity of opportunity, diversity of thinking and inclusion across academia, industry and public healthcare.’

A Clinical Scientist in the School of Biomedical Engineering and Imaging Services at King’s College London, and a Director of the King’s Technology Evaluation Centre at KCL, Dr Barnes has been involved with IPEM throughout her career.

She was one of the first two IPEM trainees in Scotland in 1993, specializing in biomedical engineering and equipment management. Dr Barnes then went on to have a career in medical imaging, graduating with a PhD in 1999 from the University of Glasgow followed by two Fellowships at New York University and Columbia University, focusing on neuroimaging and statistical analysis.

Dr Barnes then pursued a research fellowship at the University of Cambridge Brain Mapping Unit before joining University College London Hospital nuclear medicine department as the lead Clinical Scientist for the newly installed Siemens mMR Biograph PET MRI scanner. During this time, she was awarded two NIHR research fellowships to validate, evaluate and deploy imaging biomarkers in oncology and was appointed Chief Healthcare Scientist for the South-East for NHS England. 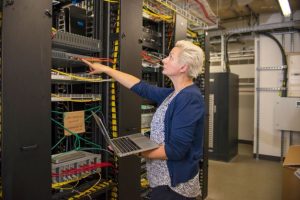 Dr Barnes said: ‘Through all of this I have continued to mentor, nurture and supervise students from primary school to post-graduate education in the hope that I can encourage just one of them to follow a career in STEM.’

Dr Robert Farley, IPEM’s President, said: ‘I’m very excited and privileged to be able work with Anna. She has many exciting ideas for taking IPEM and the Medical Physics and Clinical Engineering professions forward and I fully and wholeheartedly support her aim to build on the diversity and inclusion work already done by IPEM and to make it sustainable for the foreseeable future.’

* IPEM Fellow Dr Penelope Allisy-Roberts OBE was President of the Institute of Physical Sciences in Medicine between 1990-92, a forerunner of what became IPEM in 1997.