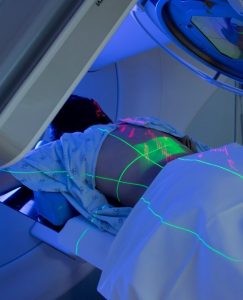 A ‘CRISIS point’ has been reached by radiotherapy departments treating cancer patients due to a lack of investment and a workforce ‘on its knees’.

A letter from 34 heads of radiotherapy physics departments about cancer care has once again echoed the findings repeatedly reported by IPEM about workforce shortages and lack of investment.

A special report by BBC’s Newsnight programme and the Health Service Journal stated the number of cancer patients waiting three months or longer for treatment following GP referral remains at just over 10,000 patients a month.

The report also talked about the letter from the heads of radiotherapy physics departments to the previous Health and Social Care Secretary Sajid Javid about a system in crisis, with out-of-date equipment and a workforce ‘on its kness’ and called for an urgent meeting with him.

The letter points out radiotherapy is one of the most important weapons in the fight against cancer, as well as being the most cost-effective treatments, and is recognised as the most Covid-safe treatment.

It goes on to state radiotherapy has been ‘systematically overlooked, marginalised and monumentally underfunded in the UK [and] is at a crisis point. The consequences of successive governments failing to harness and fund radiotherapy is devastating for patients’.

The main points raised by the letter echo the findings reported by IPEM over a period of several years, and which were highlighted in two recent reports:

Professor Pat Price, Chair of Radiotherapy UK and founder of the Catch Up With Cancer campaign, speaking on Newsnight, said: ‘This is the worst cancer crisis of my lifetime. The cancer backlog is the most deadly and the most time critical. Cancer doesn’t wait, we have to get on and address this crisis, this is an absolute disaster.’

Nicky Whilde, Chair of IPEM’s Radiotherapy Professional Standards Panel, said: ‘We feel radiotherapy has been overlooked and marginalised to the point where it has now reached a crisis point.

‘As IPEM has repeatedly reported for several years now, many Trusts are using out-of-date equipment, and the workforce shortages in the medical physics and clinical engineering professions have brought the workforce to its knees.

‘There are several easy solutions that require a relatively small financial investment that the radiotherapy physics community are both able and willing to support the implementation of.

‘We urge the Health Secretary to meet with us and the All Party Parliamentary Group for Radiotherapy to talk about   these issues which need to be addressed urgently.’

Dr Robert Farley, IPEM’s President, said: ‘Anyone working in the NHS knows there is a staffing crisis and that it is more than just shortages of doctors and nurses that are posing a serious risk to patient safety.

‘IPEM has been reporting for several years about the acute shortages faced by healthcare scientists, such as medical physicists and clinical engineers, and has repeatedly called for action to be taken to address this.’

Dr Jemimah Eve, IPEM’s Head of Workforce Intelligence and Training said: ‘Every time we carry out a census of the MPCE workforce we get the same response about workforce shortages, lack of investment and inadequate numbers of training places.

‘The MPCE provide a critical role within modern healthcare and we regularly survey our areas of practice to understand and report on what the current situation is. The same messages come back loud and clear – we need investment in both people and equipment and we really need to see action taken to address this.’