Advances in Visual Electrophysiology under Her Majesty’s Reign

Whilst many will assume that visual electrophysiology is the pursuit of the information age, it has deeper roots with Emil du Bois-Reymond noting the standing potential between the front of eye (positive) and back as far back as 1849, and that that a flash of light could change this potential was noted by Holmgren in 1865.

Despite this knowledge of electrical activity in the eye, its clinical utility did not become widespread until around the time of her Majesty’s accession.  This was largely due to advances in recording technology and finding an electrode that both gave reliable electrical recordings but was also tolerable for the patient.  The first iteration of this was the contact lens which was introduced in the mid-forties, and was fine for recording responses to flashes of light but its optics were a problem when testing the macular with detailed patterns.  Macular function is extremely important, for reading, recognising faces and fine detailed work, but only makes a very small contribution to the gross retinal response recorded to a full field flash.  In the late seventies a British team lead by Geoffrey Arden, assisted by Carter and Hogg developed the Gold Foil electrode that made reliable recordings a possibility without altering the optics.  This made high fidelity recording of the small electrical signal from the macular a possibility making characterising and diagnosing macular dystrophies and degenerations a possibility.

Another tremendous difference that has occurred is the advent of ensemble averaging of electrical signals from the eye and the brain via modern day computers (figure 1 & 2).  This meant that smaller responses could be reliably recorded and analysed.  Tony Kriss utilised this to good effect with his approach to paediatric testing that put the prospective of the patient first and generated useful clues about the visual pathway without placing an electrode in the eye at all but on the cheek directly below this.  The ‘Tony Kriss Visual Electrophysiology Unit’ that he set up within David Taylor’s ophthalmology department at Great Ormond Street bears his name today. 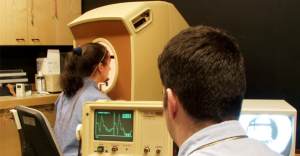 Figure 1 This system ran on 5 1/4 “ floppys, it didn’t have any memory so the programs were on one floppy and the bio-data on the other.  There is a board camera in the Ganzfeld ensuring the patient has their eyes open a useful innovation introduced in the 90s.  Despite the lack of memory the system is able to perform ensemble averaging vital for detecting small complex signals. 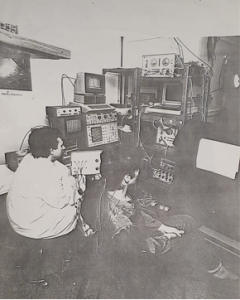 Figure 2: A slightly earlier picture showing how ensemble averaging might be achieved, prior to the modern PCs that serve as the hub of modern data acquisition systems.

In 2002 Professor Colin Barbour led the formation of the British Society of Clinical Electrophysiology of Vision (BriSCEV), the British Chapter of the International Society of Clinical Electrophysiology of Vision (ISCEV).  This society has become a cornerstone of highly specialist knowledge sharing; its inclusive approach has ensured that anyone practicing in the UK has access to the wealth of knowledge possessed by international leaders in the field such as Tony Robson and Dorothy Thompson, who lead the labs at Moorefield’s (National eye hospital) and Great Ormond Street and BriSCEV.

Not only is BriSCEV lead by a British woman in science but so is ISCEV, led by Dr Ruth Hamilton, perhaps only fitting in her Majesty’s jubilee echoing her own wise, sage leadership.